What’s The Difference Between Abuse And Neglect Injuries In Nursing Homes? 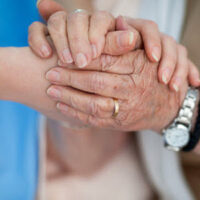 As the overall population ages, the nursing home population has increased significantly as well. Currently, over three million Americans live in nursing homes and other facilities which were not designed to accommodate that many people. Directly or indirectly, this overcrowding often causes abuse or neglect injuries.

In some ways, there is no difference between abuse and neglect injuries in nursing homes. As far as the victims and families are concerned, these injuries are normally identical. Additionally, either directly or indirectly, the nursing home owner is legally responsible for such injuries, at least in most cases. Finally, regardless of the underlying cause, a Tampa nursing home abuse attorney can usually obtain the compensation these victims need and deserve.

Nursing home abuse is not typically malicious. However, it usually is intentional. Frequently, morale is low in overcrowded nursing homes. Many employees must do double or triple the amount of work for little, if any, additional pay. They sometimes take out their frustrations in nursing home residents. Some common incidents include:

In Florida, negligent hiring is knowingly hiring an unqualified worker. For example, many facilities hire patient care technicians to do tasks that licensed vocational nurses should handle. Special rules often apply if the incompetency is related to a worker’s criminal history. Essentially, negligent supervision is a failure to properly watch employees, investigate wrongdoing, and/or punish workers.

Usually, neglect injuries are like car crashes. They are unintentional. Falls, which are common in nursing homes, are a good example. Owners should assign staff members to watch residents so they avoid construction zones and other hazards. But at overcrowded facilities, it’s impossible to watch everyone.

Other negligence injuries include bedsores and malnutrition. Staffers should regularly rotate residents in bed so they don’t develop pressure ulcers, and owners should ensure that residents eat the food they are served.

Usually, the respondeat superior rule applies in these situations. Employers are legally responsible for neglect injuries if the tortfeasor (negligent actor) was an employee who was working in the scope of employment at the time.

Reach Out to a Compassionate Hillsborough County Lawyer