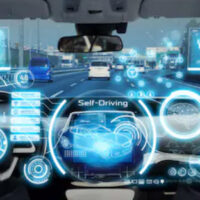 In June, the Insurance Institute for Safety published a study indicating that although 94 percent of all auto accidents are caused by human errors, autonomous vehicles will likely only be able to prevent approximately one-third of these accidents because it cannot anticipate or counter all human driver mistakes. Specifically, while self-driving vehicles can prevent accidents caused by drivers who fall asleep at the wheel, or those who are driving while intoxicated or impaired, it cannot do anything about what are known as “prediction errors”—accidents that come about from failing to be able to both perceive the potential cause of an accident and act quickly enough to prevent it. In addition, if manufacturers give into consumer demand and prioritize convenience and traveling fast over safety, these vehicles are expected to perform especially poorly.

Take for example the fatal crash involving a Tesla autopilot vehicle in Delray Beach, Florida last year, where the vehicle was traveling 68 miles per hour when it hit a semi-trailer without attempting to swerve beforehand—one of a number of accidents involving similar circumstances for Tesla autopilot vehicles. In spite of someone being in the driver’s seat, the vehicle failed to detect the semi, as well as swerve to avoid hitting it.

Florida Has Moved Swiftly to Allow Autonomous Vehicles On Its Roads, While Welcoming Driver Distracted Behavior

Still, Florida is moving forward with allowing autonomous cars to operate on the roads without anyone being behind the wheel, instead relying on the companies behind the autonomous technology to ensure that the cars are safe. In addition, drivers inside the cars do not have to adhere to Florida’s cell phone ban while they are behind the wheel; meaning that they do not need to be paying attention to what is happening on the road in order to evade an accident at the last minute, and can, instead, be texting or engaging in other distracting activities.

Florida’s law allowing for autonomous vehicles also allows for self-driving semi-trucks without requiring that anyone actually be behind the wheel, making the job of pinpointing operator negligence even more complicated when it comes to truck accidents, which are already incredibly deadly. Technically, operators could be companies, or even computers.

This leaves a number of questions as to how, exactly, liability will be determined if an accident occurs, given that the driver has a duty to exercise reasonable care to avoid accidents, but the vehicle would also be under the control of the technology, and different companies are typically involved in the manufacturing of the technology versus the car itself. While the statute protects manufacturers from liability if they did not originally design the vehicle as autonomous, it does not extend that same protection to the manufacturer that does. If a regular vehicle manufacturer decides to produce autonomous vehicles, it can be held liable for defects in the technology that it designs, and a cause of action against manufacturers is still available for companies that convert regular vehicles into autonomous vehicles.

If You Have Been Hurt in an Accident, Contact Mark Wright Injury Law

If you or a loved one has been harmed in an auto accident or by a defective product, you could very well be up against a product manufacturer with significant resources to fight your claims, no matter how responsible they are for the negligence that harmed you. Contact Tampa personal injury attorney Mark H. Wright today for assistance—our office has spent more than 30 years fighting aggressively for victims to recover the damages that they need to start on the path to recovery.

By Mark H. Wright, PLLC | Posted on July 1, 2020
« Will Amazon Ultimately Be Held Responsible for Defective Products Sold On Its Website?
Florida Again Ranks #1 In Boating Accidents & Fatalities, Where Drunk Driving Is a Leading Factor »