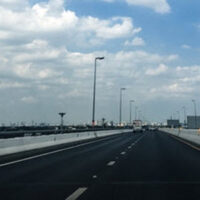 Investigators are unsure who was at fault in a collision which sent two cars careening off the highway.

This wreck, which occurred near mile marker 42, involved a 26-year-old driver in one car and a 16-year-old driver and 18-year-old passenger in the other one. According to the Florida Highway Patrol, both cars were westbound on Interstate 75. The vehicles collided, sending them spiraling off the road. The 18-year-old was declared dead at the scene. The other two individuals, who were seriously injured, were airlifted to a nearby hospital.

In a few car wreck claims, legal responsibility for the crash is a straightforward issue. But in most cases, there are serious questions in this area. Typically, that’s because of insurance company defenses and complex legal doctrines, which in cases like the above crash, usually include the last clear chance doctrine. Evidence is always crucial in car wreck claims. It’s even more important in these situations.

Regardless of how other motorists behave, all Florida drivers have a duty of reasonable care. This duty requires them to avoid accidents when possible. Rear-end or sideswipe crashes are a good illustration. If Driver A sees Driver B operating dangerously, Driver A anticipates a crash, and Driver A does nothing to avoid it, Driver A could be legally responsible for the wreck, even if s/he did nothing wrong.

Electronic evidence, mostly an Event Data Recorder, often provides the critical proof needed in these cases. Much like a commercial jet’s black box flight data recorder, most EDRs measure and record things like:

In other words, an EDR often sheds light on the critical events which occurred in the seconds prior to a wreck.

Negligent drivers who are arrested for DUI could be negligent per se (negligent as a matter of law). This doctrine applies if:

However, impairment begins with the first sip of alcohol. So, many drivers are dangerously impaired but not legally intoxicated. Evidence of impairment includes:

Victim/plaintiffs must establish negligence by a preponderance of the evidence (more likely than not) in ordinary negligence claims.

If a young teenager is behind the wheel, vicarious liability is usually a possibility. People under 18 cannot own property. So, a 16- or 17-year-old is always operating someone else’s car. In these situations, vehicle owners are financially responsible for damages if they knowingly allowed incompetent operators to drive their cars.

Liability is often difficult to determine, even in a seemingly straightforward car crash claim. For a free consultation with an experienced Tampa car accident lawyer, contact Mark H. Wright, PLLC. We routinely handle matters in Hillsborough County and nearby jurisdictions.