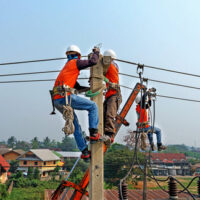 Tampa is growing steadily, which means there are almost always construction crews building, demolishing, or renovating commercial and residential structures in Hillsborough County. The construction industry is routinely at or near the top of those “most dangerous jobs” lists. These serious injuries often occur in remote locations. According to the Occupational Safety and Health Administration, the Fatal Four cause most of the fatal construction accidents in Florida.

A Tampa construction accident attorney can obtain the financial compensation survivors need in these situations. In most cases, fatal construction accidents not only deprive a family of its primary or only wage earner. They also create almost unbelievable emotional distress and other noneconomic losses. A successful legal claim gives these families the resources they need to carry on.

A combination of falls from a height and slip-and-fall injuries are by far the most common fatal construction site accidents. People with pre-existing conditions, such as a previous fall, often do not survive a slip-and-fall head injury. Additionally, a fall from as little as four stories high could be fatal in many cases.

People with pre-existing conditions are usually entitled to maximum compensation. The eggshell skull rule essentially states that defendants take victims as they find them. A defendant cannot use a genetic or other weakness as an excuse to reduce or deny compensation.

Roughly the same principle applies to non-work injuries which contribute to a work-related injury. For example, hearing loss might be mostly job related. But people also hear loud noises on the weekends. Full compensation is usually available, as long as the work-related cause was more prevalent than the non-work-related cause.

These accidents usually involve either motor vehicle collisions or two parts of a mechanical press or other such tool.

Most construction sites are busy and noisy. Furthermore, many workers who operate large trucks and other equipment have little experience behind the wheel. This combination often means that workers get hit.

Although these collisions are usually low-speed collisions, large construction vehicles are so heavy that the odds of survival are slim.

Mechanical presses and elevator lifts usually make workers more efficient. But these machines are also very unforgiving. A limb in the wrong place at the wrong time could lead to a gruesome injury.

Somewhat similarly, there are basically two types of electrocution injuries. And, at a busy construction site, it’s often difficult to tell the difference between a live wire and a dead one. That’s especially true for non-electricians or workers with limited English proficiency.

Frequently, the sudden, extreme force of an arc blast throws victims away from the wire. As a result, they often fall from a height or hit their heads upon landing.

Some arc blasts are not quite strong enough to propel victims away. So, they are exposed to temperatures as high as 8,000 degrees for several seconds. That exposure often causes catastrophic skin and internal burns.

There is an old saying at construction sites that hammers are like guns. Workers should never pull them out unless they intend to use them. As small objects fall, they pick up speed. That speed multiples the force in a collision between two objects. If I drop a hammer on my toe, my toe will hurt. If I drop a hammer from three or four stories up, a pedestrian on the ground could be killed, even if that person is wearing a hardhat.

Substantial compensation is available for fatal four victims and survivors. For a free consultation with an experienced personal injury attorney in Tampa, contact Mark H. Wright, PLLC. We routinely handle matters in Hillsborough County and nearby jurisdictions.