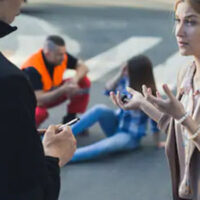 Every year, a number of emergency responders die on US roadways after being struck because vehicles fail to move over or slow down even though the emergency vehicles typically turn on their flashing lights when they pull over onto the side of the road. According to statistics, in 2005, almost 400 workers were struck and in 2013, more than 17,000 were injured this way.  Just in the first half of 2020, almost 30 have died thus far while on the job.

Traffic-related incidents also continue to be one of the leading causes of death for law enforcement officers. As a result, many now argue that the threat of being fined simply isn’t enough to get motorists to move over to the next lane or slow down enough to properly avoid striking these vehicles and/or individuals because too many motorists on the road are either distracted by seeing the emergency vehicle and whatever incident it is attending to, unaware that it is the law to move over or slow down, or simply do not comply with the law.

Most People Do Not Comply with The Law, And This Is Causing Harm

Still, distraction and a lack of awareness regarding the existence of legal requirements for motorists when they see emergency vehicles pulled over on the side of the road are pervasive: According to a survey released in 2019, more than 70 percent of drivers take photos or videos when they see emergency vehicles responding to an accident or a police officer pulling over another car, while 60 to 70 percent indicated that they send an email and/or post the incident to social media, all while they are still driving, and almost one out of four people do not even realize that you need to move over or slow down when an emergency vehicle is on the side of the road.

If You Have Suffered from First Responder Injuries, Contact an Experienced Florida Injury Lawyer

Ultimately, the question then becomes: If a driver fails to move over and/or slow down when it is safe to do so, does this involve claims related to negligence, distracted driving, etc., and is this negligence considered to be automatic by the courts, or based on strict liability; especially if they have been cited by an officer for violating the Move Over Law in conjunction with hitting the emergency vehicle and/or first responder?

Chances are that an officer finding a motorist guilty of violating the law would contribute to the ability for a first responder and/or their family to recover if they have been injured or killed as a result. If you or a loved one was injured or killed due to being hit on the side of the road while trying to assist someone, contact our Tampa car accident lawyers at the office of Mark H. Wright, PLLC to find out what your options for recovery are.