Crossing The Street In Tampa Bay Is Extremely Dangerous 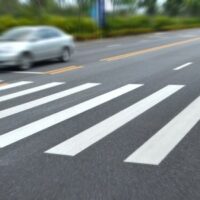 The Tampa-St. Petersburg-Clearwater metropolitan area is the eighth-worst area in the country for pedestrians, according to a recent report.

Overall, the pedestrian death rate recently hit a 30-year high. The death rate has increased 45 percent since 2010, according to Smart Growth America. Structural changes, like lower speed limits, longer red lights, and wider sidewalks, could effectively end pedestrian deaths. But these programs are generally expensive, and drivers usually oppose them.

“We are tired and saddened to produce yet another edition of this report without any positive change to show for it,” the authors concluded.

Largely because of the year-round mild weather in Florida, there are a significant number of pedestrians on area streets. Nevertheless, when compared with vehicle traffic, pedestrians make up a minuscule number of people on the roads. Yet pedestrians make up a significant portion of the deaths and catastrophic injuries on Tampa Bay highways and byways. Since these victims have no protection from oncoming cars, they often suffer serious injuries in these collisions, such as:

Speed multiplies the danger in these situations. At impact speeds under 25mph, the pedestrian death rate is under 10 percent. This proportion catapults to over 90 percent at impact speeds above 55mph. Unfortunately for victims, most pedestrian accidents happen outside marked crosswalks and in non-intersections. So, the tortfeasor (negligent driver) is frequently traveling at or near top speed.

Emergency responders rarely issue citations in these situations, even if the victim sustained catastrophic injuries and the driver was clearly in the wrong. Therefore, a Tampa personal injury attorney normally uses the ordinary negligence doctrine to obtain compensation for victims.

Basically, negligence is a lack of care. The duty of care requires motorists to follow the rules of the road and avoid accidents when possible. Striking a pedestrian in the road clearly violates this duty.

A basic claim is not enough to obtain maximum compensation, at least in most cases. Common insurance company defenses in these claims include comparative fault and sudden emergency.

Sudden emergency is basically an enhanced form of comparative fault. The insurance company claims the victim recklessly ran into the street, so the tortfeasor could not avoid a collision. That argument sounds good. But a jaywalking pedestrian is not a “sudden emergency” in this context. This category is reserved for hood fly-ups and other completely unexpected situations.

Injury victims are usually entitled to significant compensation. For a free consultation with an experienced Tampa car accident lawyer, contact Mark H. Wright, PLLC. We do not charge upfront legal fees in these matters.