Terror At The Waffle House 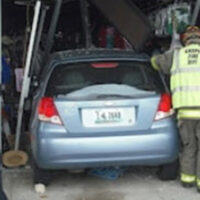 Investigators believe that a driver hit the accelerator instead of the brake as he tried to park and propelled his vehicle through a Waffle House on Columbus Drive.

When emergency responders arrived, they found a pickup truck inside the restaurant. One adult and one child were trapped under debris and seriously injured. Three other individuals also received medical treatment.

Although the investigation is not complete, authorities don’t expect to file charges in the case.

The average hospital bill in a vehicle collision case is over $50,000. Some of the serious injuries that these victims often sustain include:

Generally, health insurance companies refuse to pay these and other costs, since there is some question about financial responsibility. The resulting financial strain adds stress to an already extremely stressful situation. So, a Tampa personal injury attorney connects victims with doctors who charge nothing upfront for their services.

Alternatively, victims could file legal claims against property owners and obtain compensation for their damages. These damages usually include compensation for economic losses, such as medical bills, and noneconomic losses, such as pain and suffering. Most of the basic elements of a premises liability claim are not too difficult to establish in these situations. However, foreseeability could be a different matter.

Initially, victims must prove that the landowner had a legal duty, and that the landowner knew, or should have known, about the hazard which caused injury. Restaurant patrons are invitees in Florida. Therefore, the landowner’s duty of care is very high in these situations. As for knowledge of the hazard, most Waffle Houses have mostly plexiglass or glass walls, and the parking area is adjacent to the wall. That’s an accident waiting to happen.

Car crash victims are usually entitled to significant compensation. For a free consultation with an experienced Tampa car accident attorney, contact Mark H. Wright, PLLC. We do not charge upfront legal fees in these situations.