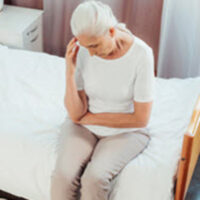 Economics in general, and understaffing in particular, is the root of most nursing home neglect injuries. As many as 70 percent of Florida nursing homes are dangerously understaffed, mostly because the owners want to reduce expenses by reducing payroll. Furthermore, when nursing home workers leave, not all owners take the necessary steps to replace them.

Nursing homes have a legal duty to ensure quality care for their residents. As a result, if their conduct falls below this standard, a Tampa nursing home neglect attorney can usually obtain significant compensation. Perhaps more importantly, legal claims draw attention to the situation and reduce the risks for other nursing home residents.

Pressure ulcers only form if a person remains in the same position in bed for more than about two hours. Many nursing home residents are unable to turn themselves over, either because of infirmity or medication. So, the nursing home must address this area. However, due to understaffing, many nursing homes do not feature regular rounds at night, especially during weekends, holidays, and other low-census periods.

On a related understaffing note, many nursing home workers are underqualified. So, they might not be able to detect the early signs of a developing bedsore and take appropriate action to prevent injury.

Many people do not equate nursing homes with malnutrition. But this problem is quite common, and it is normally related to understaffing.

As people get older, their senses change. Many times, food no longer looks good, smells good, or tastes good. Therefore, these individuals do not eat the food they are served. Nursing homes should have people on duty during mealtime to ensure that residents are eating properly. But in understaffed environments, these employees are usually not there.

Malnutrition significantly increases the risk of contracting another illness or injury. For example, many bedsore victims were malnourished.

Employees in common areas should also take care of petty disputes between residents before these disputes become violent. Many residents are so frail that a tiny amount of physical force could cause a serious injury. Largely due to the combination of understaffing and a rising patient population, resident-on-resident assaults are one of the fastest-growing nursing home neglect categories.

If the staff level is too low to effectively take care of residents, many residents are confined to their rooms for long periods of time. Many seniors already struggle with depression. Forced isolation clearly makes this problem worse.

Many residents come to nursing homes because of fall injuries. A subsequent fall often forces them to remain at the facility even longer. Some of these victims are never able to leave.

Florida nursing homes are usually responsible for fall injuries if they had a legal duty to protect the victim and they knew about the hazard which caused the fall. Since nursing home residents are business invitees (they are paying to stay at the nursing home), the duty of care is usually high. Evidence of knowledge could be direct, such as a restroom cleaning report, or circumstantial, such as a long-lasting and unaddressed fall hazard.

Possible defenses in fall related claims include assumption of the risk (e.g. a “Caution Wet Floor” sign) and an open and obvious hazard. These defenses are not easy for insurance company lawyers to prove.

Connect With an Experienced Attorney