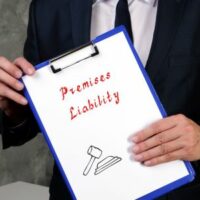 Sheriff’s deputies are still looking for clues after a group of unidentified people shot and killed a man as he sat in his car in his apartment complex’s parking lot.

There were no eyewitnesses to the shooting. Neighbors said they heard shots and saw a group of people congregating around a vehicle which had recently arrived in the parking lot. “The person or persons that did this to him is still walking and we don’t know anything. It’s disappointing. There’s just no closure. We don’t know why that person did it. It’s unfair,” the deceased man’s sister remarked.

Investigators believe that the suspect vehicle is a BMW, but they have no other leads.

Shootings, assaults, and other such violent crimes are premises liability matters. Landowners are usually responsible for these injuries, if they had a legal duty to provide security and they knew, or should have known, about the security breach which substantially caused the injury.

The relationship between the property owner and injury victim usually determines the legal duty in Florida.

As for knowledge of the hazard, this evidence could be direct or circumstantial. Either way, the burden of proof is a preponderance of the evidence (more likely than not).

This analysis is also relevant to the foreseeability issue. Back in the day, third-party criminal activity broke the chain of foreseeability, or likelihood, of injury. Now, however, owners are liable for such injuries if they are foreseeable. This liability is important. Criminal courts punish defendants. Civil courts help victims obtain the compensation they need to carry on with their lives.

Reach Out to a Diligent Hillsborough County Lawyer

Injury victims are usually entitled to significant compensation. For a free consultation with an experienced Tampa premises liability attorney, contact Mark H. Wright, PLLC. You have a limited amount of time to act.