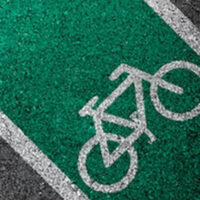 A couple thought that a grassy median separating a bike trail from a busy two-lane road kept them safe. They were tragically wrong.

The 58-year-old man and 50-year-old woman logged about 100 miles per week on their tandem bicycle. The Pinellas Trail, which runs parallel to Keystone Road, was one of their favorite routes. They were on this trail when a 31-year-old driver, who was under the influence of a drug, attempted to pass a vehicle in a no-passing zone. He clipped an SUV, which tumbled across a median and into the couple’s bike. They did not survive the accident.

At the hospital, the driver exhibited signs of drug impairment. Blood test results are pending. Officials immediately charged him with DUI manslaughter and related infractions.

Head injuries are usually the worst injuries that victims sustain in these wrecks. Vehicle collisions are the leading cause of head injuries, which kill tens of thousands of Americans every year. Many more victims are permanently disabled.

Thin bicycle helmets offer excellent protection in low-speed collisions, like bumping into a curb, and against accidental fall injuries. But they do little or no good when an SUV slams into the bike at a high speed.

Initial head injury symptoms often include neck pain and disorientation. Many emergency responders, and many doctors as well, dismiss these symptoms as soreness from the crash and shock from the accident. Therefore, many victims don’t get proper treatment until they exhibit more advanced symptoms, like headaches, sleeplessness, and personality changes. By that time, their injuries are more advanced as well.

The lesson is clear. If you were hurt in a crash, a car crash physician should examine you. A Tampa personal injury attorney can arrange for such an examination at no cost.

Proper head injury treatment is usually an issue as well. Brain surgery is an extremely delicate procedure. But it’s usually necessary to reduce brain swelling and prevent the injury from becoming worse. Furthermore, brain injury physical therapy is nothing like broken leg physical therapy. Brain injury therapists must train uninjured brain areas to take over lost functions. This process is long and laborious, and progress comes in fits and starts.

Other common bicycle injuries include serious bleeding and nerve injuries. Internal bleeding is difficult to detect and halt. As for nerve injuries, when people fall, they naturally extend their arms to break the fall. This reaction often causes permanent nerve damage in the delicate brachial plexus zone.

Alcohol, drugs, or a combination of both is a factor in nearly half the fatal vehicle collisions in Florida. Marijuana is the most common drug impairment, followed by prescription painkillers. It’s usually at least quasi-legal to ingest these substances. It’s always dangerous, and usually illegal, to drive under their influence.

As for danger, serious impairment usually begins with the first sip, puff, or pill. So, a driver could be impaired but not intoxicated. Evidence of impairment includes:

Victim/plaintiffs must establish impairment by a preponderance of the evidence, or more likely than not.

If the tortfeasor (negligent driver) was charged with DUI, or a variation of it, the tortfeasor could be liable for damages as a matter of law. There’s no need to independently prove impairment in such a civil case. The negligence per se shortcut usually applies even if the driver “beats” the charges in criminal court.

Drunk drivers often cause serious injuries, especially if the victim was riding a bicycle. For a free consultation with an experienced Tampa car accident attorney, contact Mark H. Wright, PLLC. You have a limited amount of time to act.