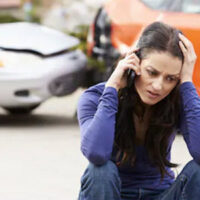 Each year, vehicle collisions cost over $1 trillion. Insurance companies bear most of these medical bills and other costs. Since so much money is at stake, insurance company lawyers often rely on legal loopholes, such as the comparative fault defense, to reduce or deny compensation.

Credible evidence, and the presentation of this evidence, is usually the key to blunting the comparative fault defense in court. The evidence must clearly indicate that the tortfeasor (negligent driver) was entirely responsible, or almost entirely responsible, for the wreck. Moreover, a Tampa car accident attorney must present this evidence in a way that resonates with Hillsborough County jurors.

Essentially, contributory negligence shifts blame for the accident from the tortfeasor to the victim. For example, the insurance company might admit that its driver was speeding and blame the crash on the victim’s sudden lane change.

Comparative fault is an affirmative defense. The insurance company must admit that its driver was negligent, and then argue that the victim was even more negligent. So, if the insurance company introduces this defense, it’s potentially liable for damages as a matter of law. Victim/plaintiffs need not introduce additional proof on this point.

Procedurally, jurors must listen to the evidence and divide fault on a percentage basis, such as 60-40 or 80-20.

The Law in Florida

The Sunshine State is one of a handful of pure comparative fault jurisdictions. The judge divides liability based solely on the percentage of fault. So, if the victim’s damages were $100,000 and jurors divide fault 70-30, the victim is entitled to $70,000 (70 percent of 100k).

Incidentally, that 1 percent difference between 50 and 51 percent often makes a big difference. Often in these cases, jurors throw up their hands and split responsibility straight down the middle. In some states, that 1 percent change could mean that the victim gets nothing.

But in Florida, comparative negligence only reduces damages, at least in most cases. Very few accidents are 100 percent the victim’s fault. Jurors are especially reluctant to make that conclusion if the victim was killed or seriously injured. And that’s usually the case.

First, usually during a pretrial hearing, insurance companies must convince judges that the victim’s negligence substantially contributed to the wreck. The aforementioned illegal lane change is a good example. If the victim turned his/her head to look, eased into the adjacent lane, and simply didn’t signal, that lane change is not very dangerous. But if the victim was zipping between lanes at a high speed, that’s a different story.

Then, insurance companies must start over with jurors. This time, it’s not enough to show a theoretical possibility of fault. Jurors must believe that the victim really did cause the crash, at least to a considerable extent.

Negligence claims involve a number of emotional and legal issues. For a free consultation with an experienced personal injury attorney in Tampa, contact Mark H. Wright, PLLC. You have a limited amount of time to act.