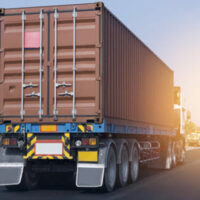 A probable chain reaction wreck which involved a semi-truck killed a man who was walking across Interstate 4.

The wreck happened near the Highway 532 interchange. According to the Florida Highway Patrol, an eastbound truck struck a 27-year-old man as he was walking across the intersection. He died at the scene. Investigators believe that at least one other car either struck or grazed the pedestrian before or after the truck hit him.

Issues like injury foreseeability and sudden emergency are usually off the radar in car crash claims. However, in the above story, they are front and center.

Several different impacts often cause car crash injuries. Large pile-up crashes are a good example. Furthermore, many people have pre-existing conditions which make them more likely to get hurt and/or increase the severity of their injuries.

The eggshell skull rule usually applies in these situations. Essentially, an insurance company cannot use a victim’s vulnerabilities as an excuse to reduce or deny necessary compensation. This same principle applies if a car grazes or frightens a pedestrian, and then a much larger vehicle strikes the dazed victim.

The low burden of proof in civil court could come into play as well. Victim/plaintiffs must only establish facts by a preponderance of the evidence (more likely than not). So, although it’s possible that one of the other vehicles might have caused the victim’s fatal injuries, it is much more likely than not that the large truck was responsible.

Sudden emergency is an insurance company defense in car crash and other negligence claims. Tortfeasors (negligent actors) are not legally responsible for damages if they:

The second bullet point is normally the big one. Some insurance company lawyers try to claim that a jaywalking pedestrian on a city street is a “sudden emergency.” But in this context, this label typically only applies to lightning strikes, hood fly-ups, tire blowouts, and other completely unexpected situations.

In the city, a jaywalking pedestrian is akin to a stalled car or a large pothole. Drivers should anticipate these situations and be ready to deal with them. However, a pedestrian jaywalking across and interstate is definitely not an everyday situation.

In a wrongful death claim, the available compensation could be hundreds of thousands of dollars, especially if the decedent was a child. Survivors are entitled to compensation for things like lost future emotional and financial support. Florida has one of the lowest auto insurance requirements in the country. As a result, many drivers do not have enough insurance coverage to pay such compensation.

Vicarious liability theories give these victims an additional source of recovery. If a truck driver, Uber driver, taxi driver, or other commercial operator causes a crash, the respondeat superior theory usually applies. Companies are liable for the negligence of their drivers if:

Other employer liability theories, which Tampa multi-car collision attorneys often use in assault and other intentional tort claims, include negligent supervision and negligent hiring.

Count on a Hard-Working Lawyer

Liability is often difficult to determine, even in a seemingly straightforward car crash claim. For a free consultation with an experienced personal injury attorney in Tampa, contact Mark H. Wright, PLLC. We routinely handle matters in Hillsborough County and nearby jurisdictions.