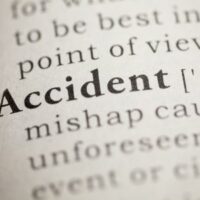 Two people are dead after a driver apparently lost control of his car, spun off the road, and slammed into a tree.

The wreck happened south of County Line Road on Highway 41. According to police and witnesses, the 22-year-old-driver, who was from Wesley Chapel, failed to properly negotiate a curve. He was killed almost instantly, as was a 24-year-old passenger in his vehicle.

Emergency responders rushed another victim to a nearby hospital in critical condition.

Overall, excessive speed is a factor in about a third of the fatal car crashes in Florida. Velocity is even more of a risk factor when the tortfeasor (negligent driver) is speeding while negotiating  a curve.

Fast-moving vehicles are more responsive to directional changes than slow-moving vehicles. Many drivers don’t respond appropriately to this fact. So, they oversteer around curves. Then, they over-correct when their vehicles begin drifting. The result is often a deadly loss-of-control crash, like the one in the above story.

Furthermore, speed multiplies stopping distance. That’s the ground a moving vehicle covers between the instant a driver sees a hazard, like a sharp curve, and the moment the driver safely stops the vehicle.

Much of this distance includes reaction time. It only takes a moment for drivers to move their feet from the accelerator to the brake. But the faster a car moves, the more ground it covers in the blink of an eye.

Speed also multiplies the force in collisions between two objects, according to Newton’s Second Law of Motion. In a crash between two vehicles, speed transforms a “fender-bender” collision into a serious injury wreck.

Legally, speed could be a factor even if the tortfeasor was travelling below the posted limit. A number on a speed limit sign is only a presumptively reasonable speed under ideal circumstances.

For the most part, injured passengers have the same legal and financial rights as injured drivers. However, there are some additional emotional and legal considerations in these situations.

Most passengers know most drivers. About the only exception is a commercial crash, like a taxi or Lyft wreck. Frequently, the relationship is a close or even intimate one. So, quite understandably, some injured passengers hesitate to file claims against drivers they know.

Legally, the assumption of the risk defense, a doctrine which is common in dog bite and other premises liability claims, sometimes comes up in passenger injury claims. Victims are legally responsible for their own injuries if they:

Most passengers voluntarily get into most vehicles. However, the risk of a car wreck is usually a theoretical one, as opposed to a known one. That’s usually true even if the tortfeasor was sleepy, intoxicated, or in another high-risk category.

Speeding drivers often hurt people who are close to them. For a free consultation with an experienced Tampa car accident lawyer, contact Mark H. Wright, PLLC. We routinely handle matters throughout the Tampa Bay area.