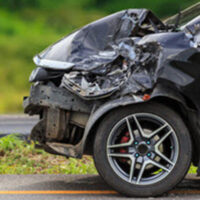 Few details were available about a serious collision which killed one person and sent two others to a local hospital.

Based on the evidence at the scene, investigators concluded that an 18-year-old driver lost control of his vehicle near mile marker 153. His vehicle careened into another vehicle. Both cars then tumbled down an embankment.

The 18-year-old driver was declared dead at the scene. A passenger in that vehicle was seriously injured, as was the operator of the other car.

Burden of Proof in Civil Claims

Although victim/plaintiffs have the burden of proof, even if there is little evidence, full compensation is usually available.

The burden of proof in a civil claim is only a preponderance of the evidence (more likely than not). O.J. Simpson was acquitted of double murder in criminal court and held liable for the deaths of those two people in civil court.

Moreover, a Tampa personal injury attorney is usually able to uncover more evidence during the course of a claim. The Event Data Recorder is a good example. These gadgets measure and record things like vehicle speed, steering angle, and brake application. These items could be critical in a car crash claim, and EDR information is never available at the scene.

Frequently, the tortfeasor (negligent driver) does not survive a car crash. The tortfeasor’s estate is usually responsible for damages in these situations. Additionally, since the tortfeasor was alive when s/he caused the accident, the insurance company still has a legal obligation to defend the claim.

There are some procedural differences. These claims usually go to probate court instead of regular civil court. Typically, estate administrators are anxious to resolve these disputes and get back to their lives. So, a fast, victim-friendly settlement is usually a possibility.

Almost all negligence claims settle out of court. If there’s no question about liability, the insurance company has a duty to settle the claim very quickly. But since there is almost always at least some question about fault, most of these claims take some time and effort to resolve.

Injured passengers often have close, personal relationships with at-fault drivers. Therefore, many of these victims hesitate to bring claims against the tortfeasors who caused their injuries.

It’s a big step and there are some issues to consider. Frequently, a legal claim might disrupt, or even destroy, that relationship. However, negligence claims don’t “blame” drivers for accidents. Instead, negligence actions are about compensation and personal responsibility.

We talked about compensation above. Quite frankly, car crash victims need money to pay medical bills and otherwise put their lives back together. This money shouldn’t have to come from their own pockets.

Personal responsibility is also an issue in all negligence claims. Everyone makes mistakes, and everyone should accept responsibility for the mistakes they make. In this context, accepting responsibility means paying compensation to victims.

Negligence claims involve a number of emotional and legal issues. For a free consultation with an experienced Tampa car accident lawyer, contact Mark H. Wright, PLLC. You have a limited amount of time to act.